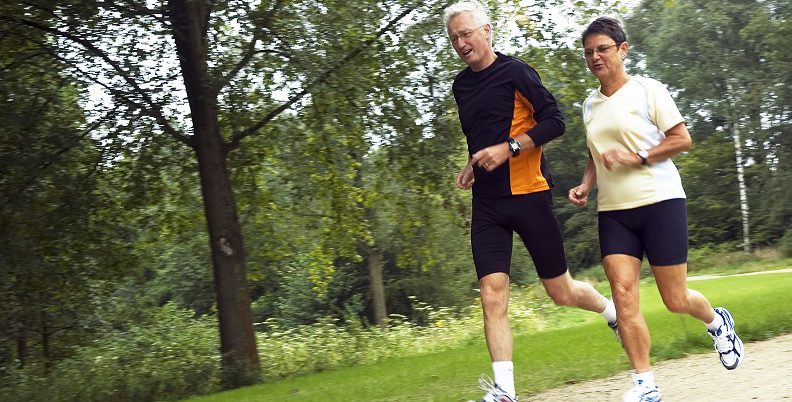 One of the consequences of aging is a reduction in the effectiveness of the immune system.

The decline of the immune system is accompanied by an increase in inflammatory signals which can negatively impact many of the body’s normal functions. When you are young, your body fights infection by producing T-cells which are able to adapt to the infection and fight it off.

As you age or your immune system becomes otherwise compromised, such as in patients with auto-immune conditions or obesity, the body is less able to produce the same types of T-cells. The mechanisms by which the body attempts to compensate for this includes increasing the inflammatory response and releasing a cytokine called interleukin-6 (IL-6).

Levels of IL-6 increase with age and are associated with many of the ‘symptoms’ of aging. “Elevated serum IL-6 is positively associated with markers of physical frailty such as low walking speed, poor muscle strength (94), poor lower extremity performance (95), and anemia” (Marcello et al, 2006). “Levels of circulating IL-6 are elevated in several inflammatory diseases including RA (as mentioned above), systemic juvenile idiopathic arthritis, systemic lupus erythematosus, ankylosing spondylitis, psoriasis and Crohn’s disease” (Gabay, 2006).

Drugs have been developed to combat the effects of IL-6. Tocilizumab, an antibody that blocks IL-6 function by binding to the IL-6 receptor, has been approved for the treatment of Rheumatoid Arthritis.

The Boswellia serrata plant is native to the dry habitats of India, Northern Africa, and the Middle East. The gummy resin of this tree, also known as frankincense, contains compounds which have been used for their anti-inflammatory and pain relieving effects since the times of ancient Egypt. In ayurvedic medicine, boswellia has been utilized for arthritis, dysentry, ringworm, diarrhea, and pulmonary diseases.

New research into the Boswellia resin has shown that boswellic acids are powerful inhibitors of pro-inflammatory molecules, and may prove to be more effective than NSAIDs.

Boswellic acids are a known 5-LOX inhibitor, and have also been found to be an inhibitor of IL-6 both in vivo and in vitro.