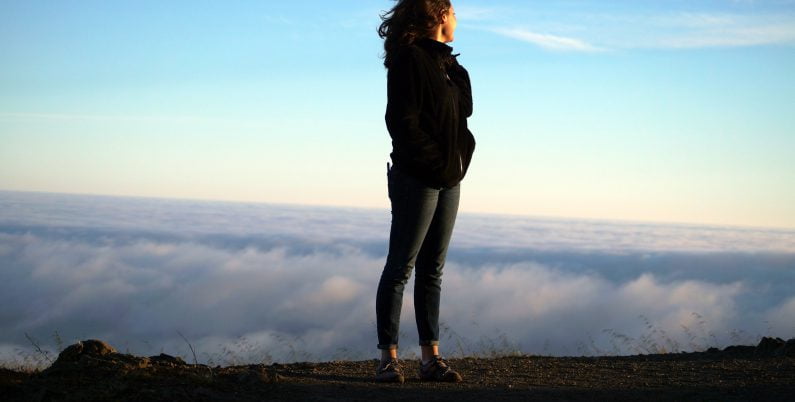 These days everyone claims to have the best immune system supplement. In this post, we review some of the science behind why you should look to these ingredients for immune support: Vitamin A, C, E, Selenium, Zinc, and Garlic.

Beta-carotene is considered an antioxidant and is a major component of the body’s natural defense against free radicals, as well as a source of vitamin A. This compound helps maintain healthy skin and also plays a vital role in eye health.

Vitamin A is important for maintaining mucosal integrity, which is the first line of immune defense. Vitamin A also stimulates the production and activity of white blood cells and regulates cell growth and division.

Research has demonstrated that vitamin A deficiency decreases the body’s resistance to foreign pathogens, reducing innate immune function. “VitA has both promoting and regulatory roles in both the innate immune system and adaptive immunity; therefore, it can enhance the organism’s immune function and provide an enhanced defense against multiple infectious diseases” (Huang et al, 2018).

Vitamin C is essential because the human body cannot synthesize it. Vitamin C is water soluble and needs to be constantly replenished. During stressful events, such as dieting and exercise, plasma vitamin C levels decrease.

Vitamin C is the fuel that drive the activity of immune cells. This is why it is especially important to increase vitamin C intake during illness. Vitamin C deficiency has been associated with an increased frequency and duration of colds. A deficiency of vitamin C broadly affects the various key aspects of immune function, including the production of antibodies that fight known infections. As a result of vitamin C’s wide-ranging impact on the immune system, a deficiency could leave us vulnerable to infections. A weakened immune system caused by low vitamin C levels can make any infection more serious.

The benefits of Vitamin C are not limited to the immune system. Adults with higher vitamin C levels exhibit lower weight, BMI, and waist circumference, and better measures of metabolic health, including lower HbA1c, insulin, and triglycerides, all risk factors for type 2 diabetes. A 2015 study involving obese patients with high blood pressure and/or diabetes showed that daily doses of vitamin C resulted in reductions of inflammation, serum glucose levels, and triglyceride levels.

As an antioxidant, vitamin C can protect against damage done by oxidative stress. Regular exercise is an important part of a healthy lifestyle. However, the increased delivery of oxygen-rich blood during exercise is a source of destructive free radicals which are associated with muscle soreness and post-exercise recovery.

Results from a large analysis of placebo-controlled trials indicate vitamin C supplementation reduces the duration of colds, with an 8% reduction in adults and a 14% reduction in children. In addition, the analysis found vitamin C supplements reduced the incidence of colds by half in people undergoing extreme physical exertion, such as marathon runners (Hemila 2013).

Vitamin C plays an important role in the creation of white blood cells, enabling your immune system to function optimally, and improves immune response by increasing levels of interferons – warning signals that trigger immune mechanisms. Studies have found that vitamin C can reduce the duration of colds while a lack of vitamin C can make you more prone to getting sick.

Vitamin E is a fat-soluble antioxidant that stops the production of free radicals formed by fat oxidation. Numerous studies have demonstrated the benefits of vitamin E for cardiovascular, immune function, DNA repair, and protection against free radicals. Scientists are investigating whether vitamin E might help prevent or delay the chronic diseases associated with free radicals by limiting free-radical production and possibly through other mechanisms.

In a study in elderly men and women, supplementation with 200 mg per day vitamin E significantly enhanced immune parameters including neutrophil, T-cell, B-cell, and NK-cell function, bringing their values close to those of younger healthy adults (De la Fuente 2008).

The therapeutic use of garlic dates back over 5000 years. Garlic has strong antiviral effects and can support healthy immune function. Studies have shown that garlic reduces the risk of becoming sick in the first place, as well as how long you stay sick. Garlic contains a compound called allicin, which is quickly converted into compounds which have been shown to boost the response of white blood cells in the body when they encounter viruses, such as the viruses that cause the common cold or flu.

One study gave 146 healthy volunteers either garlic supplements or a placebo for three months. The garlic group had a 63% lower risk of getting a cold, and their colds were also 70% shorter. Another study found that colds were on average 61% shorter for subjects who ate 2.56 grams of aged garlic extract per day, compared to a placebo group. Their colds were also less severe

Zinc is an essential trace mineral that is critical to healthy immune function. Zinc can be effective in warding off the common cold because it binds to the same cell receptor sites, preventing viruses from binding to them. In other words, zinc can prevent viruses from entering the cell, which helps stop viruses from replicating.

Zinc deficiency is common in older individuals, and may lead to negative changes in immune function including diminished thymus function, decreased antibody response to vaccines, and impaired function of phagocytic and NK cells (Haase 2009; Cabrera 2015). In a study in healthy older volunteers, daily intake of 45 mg zinc for one year resulted in a 67% reduction versus placebo in incidence of infections (Prasad 2007). In a study of individuals in nursing homes, residents with normal zinc levels had a significantly lower incidence of pneumonia compared with zinc-deficient individuals. Zinc-replete individuals also had shorter pneumonia duration and 50% lower usage of antibiotics, as well as lower all-cause mortality (Meydani 2007).

Selenium is essential for many operations of a healthy immune system. “Selenium influences both the innate, “nonadaptive” and the acquired, “adaptive” immune systems” (Arthur et al, 2003). Thus, selenium deficiency impairs several components of the immune system response. A study which treated selenium-deficient mice with varying doses of selenium found a dose-dependent increase in the activity of neutrophils, a type of white blood cell which forms an essential part of the innate immune system (Arthur et al, 2003). “Overall, there is considerable evidence strengthening the notion that Se affects different types of immune responses in different ways” (Hoffmann, 2008).