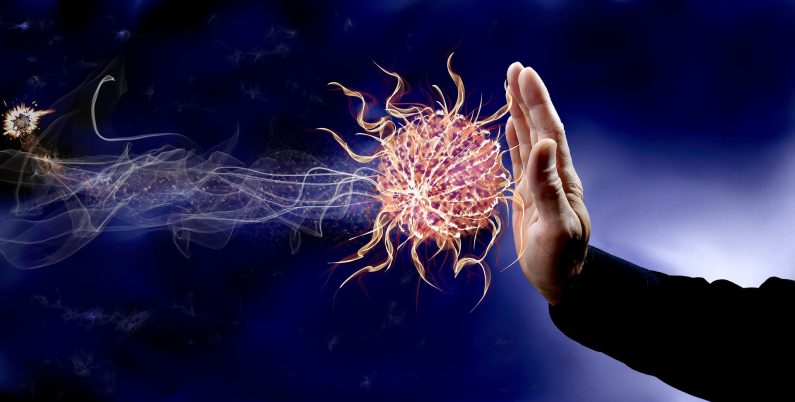 The human body depends on a vast microbiome that controls many of the body’s vital functions. The trillions of bacteria living in the human gut have enormous impact on our health and vulnerability to disease.

The GI tract’s intestinal mucosa functions as a barrier against antigens. Studies show that restoring the gut content of friendly bacteria can support healthy immune function, leaving the body better equipped to fight off infections, should they occur.

One study randomized 250 healthy adults to receive a probiotic blend or a placebo for 90 days during peak flu season (Pregliasco, 2008). At the end of the study, the probiotic group experienced 75% fewer flu and flu-like viral illnesses. Of those who did get sick, symptom severity was reduced by 37% in the probiotic group. “These results demonstrate that a regular, long-term intake of [probiotics] may improve health by reducing the incidence and severity of respiratory diseases” (Pregliasco, 2008).

A healthy and balanced microbiome is a critical factor in sustaining our resistance to disease and promoting vigor and good health. Microbiomes can become imbalanced through poor diet, drugs, unhealthy lifestyle, and exposure to environmental toxins. An imbalance in the ratio of good bacteria to bad bacteria contributes to irregular intestinal function, moods & mental health, metabolic disorders such as insulin resistance and metabolic syndrome, and an impaired immune system.

Bacillus Coagulans is a novel lactic-acid producing probiotic which studies have found to be beneficial for its ability to:

Studies have confirmed that B. coagulans is able to normalize the amount of immune system cells (the number of lymphocytes, macrophages, and T-cells) as well as those cells’ ability to promote immune system function (Bomko, Nosalskaya, Kabluchko, Lisnyak, & Martynov, 2017).