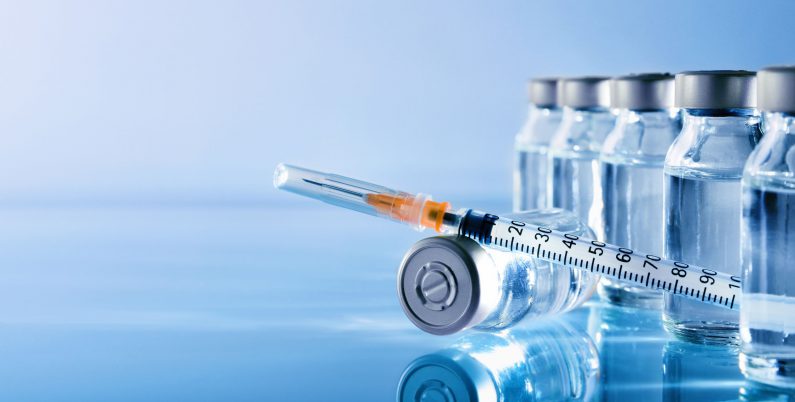 In recent years, HCG has become a very popular option for weight loss. Promoters of HCG claim that it can reduce feelings of hunger and support weight loss by redistributing body fat from the thighs, stomach, and hips. The supposed benefits of HCG for weight loss are impressive, but what does the research say?

In the 1950s a British endocrinologist named Albert Simeons was investigating HCG as a treatment for Frohlich’s syndrome, a delayed development of the genitals in adolescent boys caused by a pituitary gland disorder. During his trials he noted that boys treated with HCG had lost weight and had less appetite. This lead to Dr. Simeons turning his research to HCG for weight loss and he created a diet plan that includes the use of HCG in combination with a very low calorie (500 calories per day) diet.

While Dr. Simeons was able to generate interesting results using his protocol, other researchers have failed to replicate them. A meta-analysis that included more than 20 different studies of HCG found that “there is no scientific evidence that HCG is effective in the treatment of obesity; it does not bring about weight-loss of fat-redistribution, nor does it reduce hunger or induce a feeling of well-being” (Lijesen et al, 1995).

It is important to note that HCG has never been approved for use in weight loss. “Currently, there are no FDA-approved HCG drug products for weight loss.  HCG has not been demonstrated to be effective therapy in the treatment of obesity.  There is no substantial evidence that HCG increases weight loss” (FDA, 2016).

After years of warning against the use of HCG for weight loss, the FDA may have found a way to discourage its use. The FDA has recently reclassified HCG as a biological product, an action which has the potential to severely limit access to this medication. You can read our blog about the regulatory change here.

The evidence supporting the use of HCG to encourage fat burning and preserve lean muscle mass is sparse, and the mechanism of action is not well explained. However, there is a molecule which has been extensively studied and proven to provide many of the same benefits claimed by HCG: cAMP. cAMP is normally increased during fasting or exercise, but can also be increased pharmacologically with use of readily available OTC ingredients.

Cyclic adenosine monophosphate (cAMP) is an important messenger for many biological processes including metabolism. cAMP promotes breakdown of stored fats, regulates thermogenic responses to food, increases the body’s metabolic rate, and increases the utilization of fat.

cAMP controls enzymes which are responsible for fat burning. “Typically, an increase in cAMP levels leads to subsequent activation of protein kinase. Protein kinase has been shown to activate the hormone-sensitive lipase that is involved in the breakdown of triglycerides, known as building blocks of fatty tissue”(Berdeaux & Stewart, 2012). Hormone sensitive lipase is essential for providing energy to the cells by mobilizing stored fats through lipolysis.

Lipolysis is the metabolic pathway in which stored triglycerides are broken down to release fatty acids. This is an important step in fat metabolism, allowing for stored fat to be converted to energy. Without lipolysis, the body has a difficult time accessing these fatty acids and may look for other less desirable sources for creating energy.

In the muscles, increasing cAMP results in increased activity of glycolysis, an ATP-producing process that begins with the breakdown of glucose. Studies have found that low glycolytic activity is associated with reduced muscle size (Tixier et al, 2013). Increasing glycolysis in the muscles provides fuel for the muscles and may help encourage muscle development.

In the liver, cAMP promotes gluconeogenesis, producing glucose from non-carbohydrate sources. This glucose is pumped into the muscles, which have an increased demand due to higher glycolytic activity, and can even have an appetite-sparing effect.

Together these effects result in increased lean body mass, decreased fat mass, and a reduced appetite all from a molecule already found in the human body: cAMP!

Looking for an alternative to HCG? Contact us today!